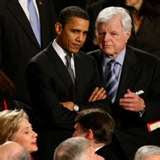 "Imagine if next year, the entire nation had a president they could believe in. A president who rallied all Americans around a common purpose." - Senator Barack Obama, February 2008 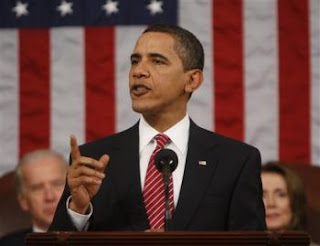 "We will rebuild, we will recover and the United States of America will emerge stronger than before."- President Barack Obama, February 2009

What a difference a year makes. Last year, candidate Obama, given the responsibility of responding to President Bush's last State of the Union Address, provided a theme of hope for the American people, challenging them to believe that we can have a common purpose.

I believe we have a leader in the White House that will use his bully pulpit to continue to keep us, as a nation, on task, even while others are still willing to continue down a destructive path. Now is not the time to hunker down and forget our moral responsibility to reach out to one another, to help our fellow Americans when they are down, and to support our fellow Americans when they are in harm's way.

We always have to remember that we are all in this together. A former president reminded us of the Biblical principle, "A divided house cannot stand." It is time out for petty and divisive politics. It is time now for bold ideas and positive political dialogue.

The question becomes are Americans willing to commit to this, especially our political leaders in both parties, or are old habits too hard to break. The coming days, months and years will tell.