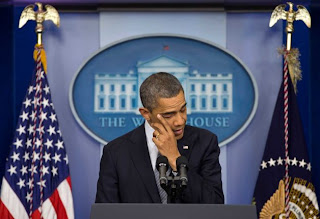 On Friday evening, I hugged my 10-year-old son and I told him that I loved him. It was not a different greeting or hug than I had given him before, nor was it planned based on the circumstances that had transpired so tragically earlier. But it had a certain significance on a day where the parents of 20 children in Newton, CT would not be given the same opportunity ever again.

It is even sadder that some of the so-called adults in our country chose to act childish in their reaction to this tragedy. I witnessed a caustic discussion on Facebook where the compassion that usually unites us was thrown out and the insults over political affiliation and philosophy began. It amazes me that so-called political leaders want to make public policy in a reactionary mode when many of us that have served predicted this day would come and tried to be pro-active about it. But I will finish that thought later.

On Saturday morning, I attended a breakfast sponsored by the non-profit I had the privilege of being President of the Board for the last two years. Our organization, Mississippi Families for Kids, helps children in Mississippi find families to be adopted into. When asked to address the group, I reminded them that they did the right thing in becoming an adoptive parent. Fear often deters people from becoming parents, whether naturally or through adoption. Fear about days like December 14, 2012; July 12, 2012; February 26, 2012; April 16, 2007; April 20, 1999; October 1, 1997. The fear that when you send your child to school, to the store or allow them to hang out with friends something will happen to them. Those of us of the Christian faith are constantly admonished to disregard fear and rely on our faith. Our faith that a hedge of protection will remain around them. Our faith in our ability as parents to teach right from wrong and how to avoid trouble. It is our faith that gets us through those moments when our children are in the care of someone else.

It took a lot to hold back the tears and deliver the message, for everywhere I looked there were children. Smiling. Fidgeting. Waiting in anticipation to take their picture with Santa. It was a good day for those involved. But of course, the thoughts go back to the parents that will have a quieter Christmas than before in Connecticut and throughout the country. This event has hit us hard because we have never seen anything like this in our country. But children have been dying in our country to senseless violence for years. Unfortunately, we have been desensitized to it because of the frequency we see on a daily and yearly basis, especially in this advanced information age. Hopefully, this tragedy will shock us back to the notion that no child should ever be gunned down, no matter what neighborhood or economic class or ethnicity they came from. That every loss of a child is painful, whether it makes the nightly news or not.

With that being said, I have to point this out: I have been a financial member of the National Rifle Association. I am a proponent of the Second Amendment. I have a earned an A rating from the NRA on my public policy stances. I have also earned  an F rating from the same organization when I broke away from them on public policy stances. Now that I have disclosed this, it is incumbent for me to say emphatically the killing of innocent children is not what the Founding Fathers intended when they drafted and ratified the Second Amendment.

The challenge is how to protect  a society where it is the constitutional right of every citizen to bear arms. The mother of  the Newton, CT shooter legally owned the guns that were used in the killing spree, herself being the first victim. No gun control law could have stopped that, other than the assault rifle ban on just one of the weapons. We have laws that ban guns from schools, but that did not deter the shooter in this case because he knew there was no authority figure present that could effectively enforce it.

So what to do? Ideally, the NRA has to yield its position of no compromise. Since that will not happen with the current leadership in place, elected officials have to take their hits like I did and support reasonable legislation to moderate gun violence in this country. The stance I received the F for was the opposition to repealing the law that ammunition purchases can be recorded and reported to our Department of Public Safety. I was reminded during the debate that the laws was designed to keep track of how many bullets Blacks were buying during the post-Reconstruction era. I countered by saying since 9-11, things that were designed with bad intentions should now be considered good public policy as an added deterrent to mass mayhem. If a killer can make the effort to execute his plans, what gives us the right to be too lazy not to use all the tools necessary to protect our citizens?

Then the next argument comes: People kill people, not guns per se. That is a true statement, because before the Chinese invented the method using gunpowder to fire projectiles out of a cannon to drive back the Mongols, people were killing each other. So let us deal with the people. Every citizen in the United States has the right to vote when they reach a certain age, however they can forfeit that right with conduct constituting moral turpitude. The gun laws in existence supposedly follow that same guideline. So where is the problem? The mental state of the people.

This young man who committed this act was documented to have mental health issues. The football player who recently killed the mother of his 3-month-old child and himself was in counseling prior to the incident. Yet they had easy access to weapons of destruction. At some point in the discussion, a reasonable compromise concerning access to guns by people with mental challenges, temporary and permanent, must be obtained. No piece of legislation has been effective in eradicating anything, especially dealing with the character of mankind, but it always has the possibility of minimizing future damage and harm, which has been effective in maintaining an orderly society. That possibility makes the effort worthwhile.

The last thing I want to address is this ridiculous notion that no prayer in school is the reason why this is happening. The concept is that since you cannot pray in school, then God is not in the school. First, there no law saying that prayer from any faith is banned from school. The school cannot tell you how to pray or what prayer to pray, and in a free society that is the just thing to do. Second, if you profess to be a Christian and truly believe that God is not omnipresent, then you are not a member of the Christian faith I was brought up in and still adhere to. Of all the dates aforementioned, hundreds of people survived, by the grace of God.

Those who truly understand our faith know that Satan, the fallen angel, fell to Earth and laid claimed that the Earth was his dominion. Therefore calamity strikes because his mission is to kill and destroy those that follow God, i.e. the high school student in Columbine that professed her faith to the killer before being shot or the teacher in Newport that stood outside the closet and sacrificed herself so her students would not be harmed. But we were put on this Earth, by God, to have dominion over all the things living, naturally and supernaturally, on Earth, including Satan himself. Only man can reason and constantly adapt and evolve. Only man can summon God through prayer. Only man has the same power that raised Jesus Christ from the dead dwelling inside of them.

When Flip Wilson coined the phrase, "the devil made me do it," it was meant to be a joke, not an excuse for our behavior or lack of faith. Therefore, since we are the ones in charge of carrying out God's will on Earth, then we should do so with all the power and ability God gave unto us. We can find a way to protect our children from senseless violence. We can find a way to compassionately and effectively treat mental illness. We can overcome evil in this world.

If we truly want to honor:

then we must adhere to our faith, show no fear, love unconditionally, live abundantly, walk humbly, offer compassion and fight the good fight in the way God would want us to. 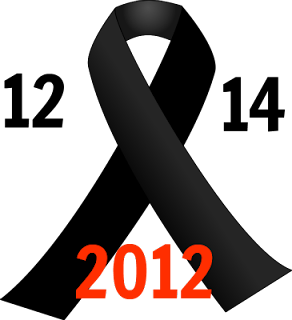