A Different Kind of Memorial Day 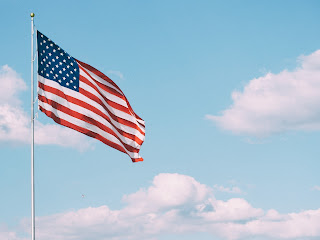 Traditionally, Memorial Day is a day in which we acknowledge the sacrifices made for our continued democracy here in America. We remember that men and women died on battlefields to make sure that our journey toward freedom and true equality would progress. However, in light of what has recently happened in Uvalde, Texas and Buffalo, New York, I believe this Memorial Day has a different meaning.

21 people died in Uvalde, 19 of them children. 10 African Americans were killed in Buffalo, all because they were African American. These two events happened within the span of a week. Those events remind us of several things. The shocking nature of these events reminds us of our humanity, for if we had totally lost our humanity, we would not be bothered or mortified. These events remind us of our mortality, because we know, in the current world we live in, that could have been one of us or our children, and how precious each and everyone of our lives are. These events unfortunately remind us that hate is prevalent in this world, and though we cannot totally eradicate hate, we must always be vigilant against it.

We cannot allow hate to dictate our politics any longer. Hate leads to mass shootings. Hate leads to insurrection. Hate leads to racism. However, Dr. King admonished us repeatedly that hate cannot defeat hate, only love can do that. As altruistic as this next statement may sound, the fact is our politics needs to be driven by love.

On holidays like Memorial Day, we, Americans, profess our love for America. Yet, when public policy that expresses that love, like the New Deal and the Great Society, comes forward, somehow the politics of hate, cloaked in the sheep’s clothing of patriotism, is allowed to swoop in and dismantle those policies. Lives have been lost to create policies of love, such as outlawing slavery, protecting the right to vote, and banning assault weapons, but hate has been allowed to usurp those policies in the name of individual rights.

When the men whom we Americans have deemed our Founding Fathers wrote the United States Constitution, they envisioned a nation that could defend itself, promote the general welfare and secure individual liberty simultaneously. Though they did not see a world where African Americans were eligible to serve in public office, despite several African Americans serving as administrators during the Articles of Confederation period, nor a world where people from various nations would seek a new life for their families, not unlike the Founding Fathers’ ancestors themselves, they created a document of love that could be expanded to incorporate what they could not foresee.

It has been those individuals that have been driven by hate, using the fuel of fear to propel them to power, that have done their dead level best to stymie the progress of this nation at every turn. Political evolution, defined as progress, has proven to be strong throughout American history, however it has also been shown to be vulnerable to hate and fear.

We cannot legislate morality, nor can we regulate and predict the hearts of men. We can, however, be prepared for battle against hate and fear, with a well-educated, vigilant electorate. As easy as it sounds, it is a scary proposition to face hate head on. Imagine an 18-year old young man from Moline, Illinois, or Irvine, California, or Greenwood, Mississippi, or Warner Robins, Georgia, being recruited/drafted to serve in the United States Army to fight in some foreign country they never even imagined visiting. Imagine showing up on the frontline, hearing bullets whizzing by, mortar shells landing and exploding, watching men dying right in front of them, yet summoning the courage, while suppressing their anxiety, to move forward.

Those that died in those circumstances we commemorate on Memorial Day. We memorialized them as being brave, but we dehumanize them if we don’t remember that they were scared young men, fighting for a principle they believed in. The difference is that they overcame their fear and pursued a greater purpose, some fatally but many more successfully. The fallen we revere on this day. The living we acknowledge on Veterans Day.

The truth, however, is that there are many Americans who battle every day, on this soil, for the principles they believe in, the principles of love that protect freedom and demand equality and justice. And some of them have died. How do we memorialize them? We see innocents slaughtered in hate, disguised in the form of individual liberty or mental illness, on a frequent basis. How do we memorialize them?

We cannot allow hate and fear to dictate our politics any longer. We need to exercise the politics of love and compassion to continue America’s progress. We need to be, as our anthem states, the free and the brave in doing so.

Some things you just don't say out loud